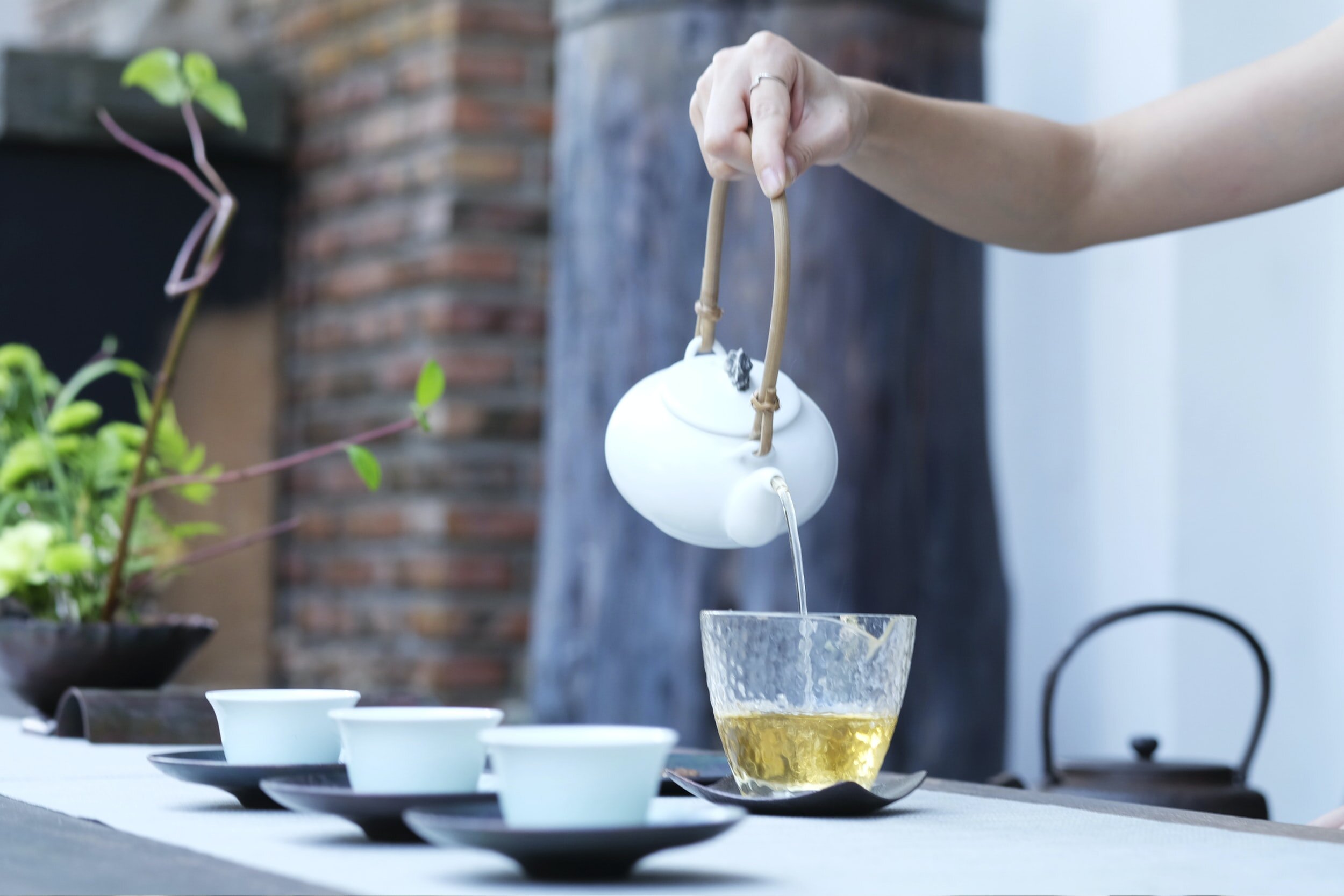 There is no doubt that pursuing a new business venture takes a substantial dose of courage and bravery.  We often think of entrepreneurs as a unique group of people who are more willing to take risks than the general population.  From the outside looking in, entrepreneurs do often appear to be taking big risks.  And, of course there are many who take extreme risks.  But, in reality, the majority of successful entrepreneurs do not have a significantly different risk profile from non-entrepreneurs.   Some are risk adverse and others are more likely to seek out risks.  However, there is a commonality among successful entrepreneurs.  They are willing to identify and consider as many of those risks as possible in advance. And by acknowledging and evaluating them, they attempt to determine those aspects of their plan that are most vulnerable to failure.  They can then decide whether, when, and how to take action.  In other words, successful entrepreneurs take calculated risks.

Darren Berkovitz is the co-founder of TeleSign, a digital identity and programmable communications company whose services are used by most of us on a regular basis.

In 2005, after graduating from the University of Southern California and two years before the iPhone was introduced, he and his business partners, Ryan Disraeli and Stacy Stubblefield, joined a startup factory, called Curious Minds, where they were able to work with coaches and mentors to design and launch a system we all use and take for granted today.  When a website needs to confirm your identity, they simply send you a text or call with a pin code that must enter for access to the website.   At the time Telesign was founded, this two-factor authentication process didn’t exist and internet fraud was not yet the crisis it is today, Darren and his partners identified a significant business opportunity.  However, they may never have taken this step without the coaching and mentoring they were able to access through the startup studio.

Nicholas Hinrichsen is another example of the power of seeking out mastery experiences.  While attending Stanford Business School, Nicholas met his business partner, Chris Cole.  While they were in school, they had the idea to start an online used car business. Chris is a self-professed car enthusiast and together, and with significant support and input from their professors, they started Carlypso which they described as the Amazon for used cars.  After graduating from Stanford in 2013, they joined a startup accelerator, YCombinator, built the company and in 2017 sold it to Carvana, which became the third largest car retailer in the US by 2019.  Nicholas credits the coaching and mentoring he gained at Stanford and YCombinator as instrumental in the launch and development of the company.

By joining accelerator programs, both Darren and Nicholas were able to open their networks to include people who could coach and mentor them on their entrepreneurial journey.  However, you don’t have to join a formal startup program to gain access to these individuals.  There are many formal programs that have a mission of connecting entrepreneurs with people who have the experience and expertise to provide powerful coaching and mentoring.  SCORE (Service Corp of Retired Executives) and the SBA (Small Business Administration) are two programs that have provided free coaching for millions of entrepreneurs in the United States for decades.  And, there are many newer programs available today in virtually every community and online.  However, while there is not a shortage of coaches and mentors, perhaps a greater challenge is knowing how to effectively engage with this valuable resource.

Over the course of my own career, I have been blessed with a number of mentors who were willing to share their time and wisdom with me personally to help advance my work.  These people taught me that no accomplishment in life is achieved with solitary effort and that we can all benefit greatly from being open to the wise counsel of others.  I am frequently reminded of their influence in my life and work, and in the lives of those I am fortunate enough to touch as an educator.  Jeffry Timmons, (1941-2008) was one such person.  Professor Timmons received his doctorate from Harvard and is probably best known for his work at Babson College where he launched numerous innovative programs and helped Babson become one of the leading entrepreneurship schools in the world.  While I learned much from my relationship with Dr. Timmons, one of the key lessons I took from him was about the importance of intellectual honesty as a key trait necessary for success as an entrepreneur.

Intellectual honesty might be defined simply as a focus on seeking the truth even when it doesn’t agree with your own personal beliefs. It means not lying to oneself, not pretending to know the truth when you don’t, it means not omitting relevant facts purposely and it means giving credit to sources of information where possible.  For Professor Timmons, intellectual honestly was one of the key components in a coachable entrepreneur.

Taking full advantage of a coaching or mentoring relationship requires intellectual honesty.  But what does that mean in a practical sense? First, it means we develop strong listening skills.  For an enthusiastic and passionate entrepreneur, this means we sometimes have to be open to hearing something different from what we thought we knew.  It can also mean we stop talking and trying to impress the listener with what we already know, long enough to learn from them.  I often think of this as having the ability to adopt what is referred to as Shoshin, or a beginner’s mind, in Zen Buddhism.   A story I heard many years ago illustrates this concept. Once, there was a wise Zen master.  People would come from far and near to seek his counsel and to ask for wisdom.  One day a student visited the Zen master and asked for enlightenment.   The student was so excited to be there and he wanted to impress the famous master so he proceeded to tell the master many things he had learned and practiced.  Soon the master interrupted him to suggest they have tea.  The student really didn’t want to take the time for tea, but the Zen master seemed insistent, so the student acquiesced and sat down to have tea.  As the tea brewed, the student began to talk again. The Zen master was silent.  When the tea was ready, the Zen master began to pour.  As he poured the tea, the student continued to talk and the Zen master continued to pour.  The student talked and talked and the master poured and poured until the tea began to spill over the cup.  As the tea continued to run down the side of the cup and onto the floor, the student stopped talking and then cried out “Enough! You are spilling the tea.  Can’t you see the cup is full?”  In response, the master stopped pouring and smiled at his guest.  He then said, “you are like this teacup, so full of what you already know, nothing more can be added.  If you seek enlightenment, come back to me with an empty mind.

Being open doesn’t mean we blindly take all the advice we get.  In fact, one of the questions I get from students most is about what to do when they get conflicting advice from those coaches?  In this case, it is helpful to remember that business decision-making, which includes launching a new business venture, is simply based on a series of hypotheses and experiments.  The goal then becomes to remain not only humble and open but doing so with a critical and intellectually honest mind.  In other words, the perspective of the basic research guidelines of testing and constantly questioning findings will guide you as you assess and evaluate what you have learned from your coaching and mentoring relationships.  While everything you learn can have a purpose, you are ultimately the decision-maker in your entrepreneurial journey. The ability to remain open to constantly stress testing each hypothesis is critical to maintaining this state of intellectual honesty as an entrepreneur.  However, this must be followed by an honest and reflective assessment of the data and findings.

To take full advantage of a coaching relationship, stop doing all the talking and make room for something new, even if you ultimately decide not to take the advice of the mentor, you will be changed by being open and approaching your business goals with a beginner’s mind.  Building your skills as a coachable entrepreneur will allow you to find and take advantage of trusted mentors who can help you build your entrepreneurial self-efficacy.

While mastery experiences, role models and effective coaching experiences can go a long way toward building self-efficacy, entrepreneurial intention and action are also governed by your own expectations of outcomes.  It is also important to learn to manage what might be thought of as your psychological capital.  I will address the role this plays in entrepreneurial self-efficacy in my next post.