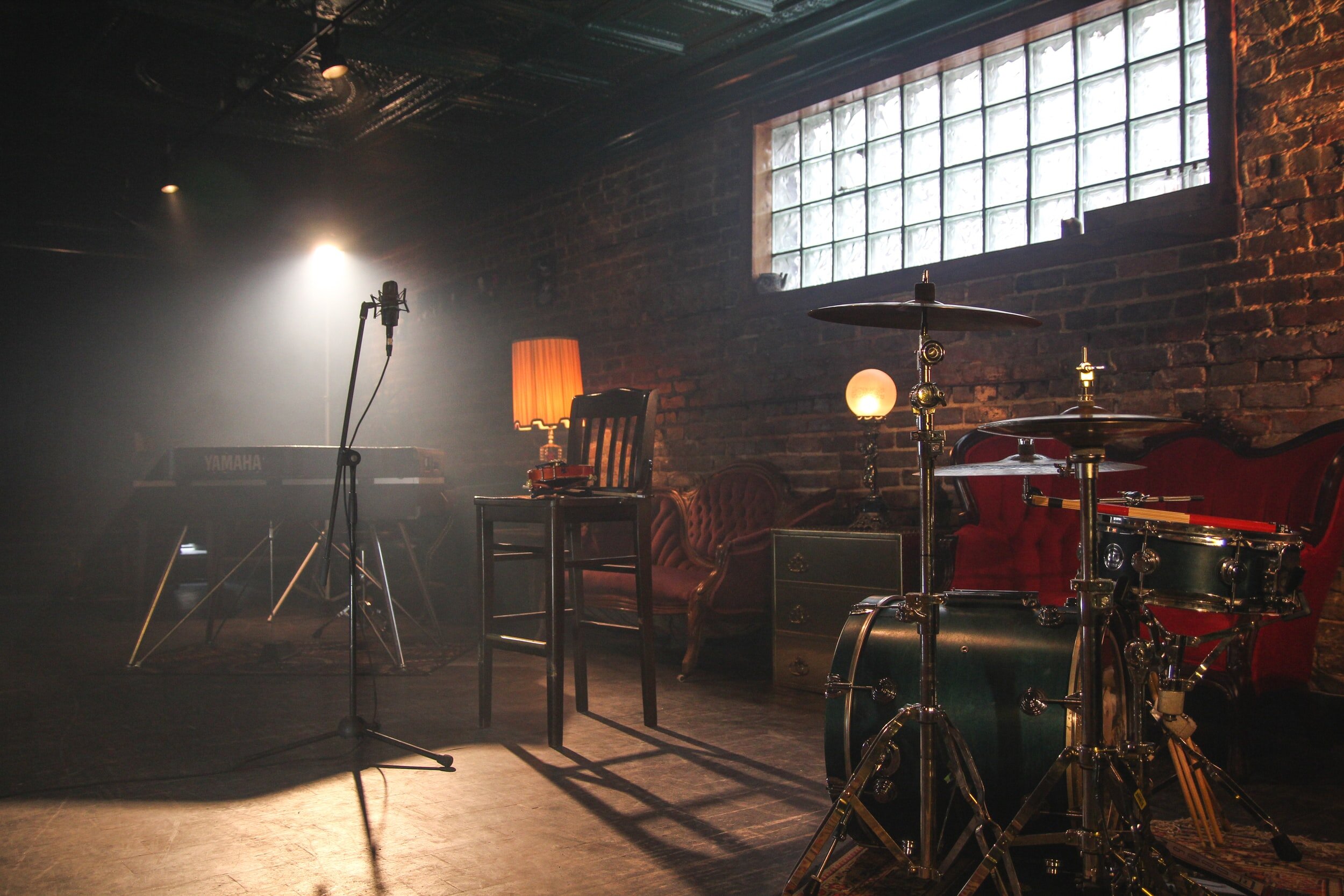 I recently had the chance to talk with Sean Green and Eric Heiert, the co-founders of Safehouse in Austin, TX. These young men were high school classmates and friends of my son and daughter so I have known them for many years.  Today Sean has ten years of experience creating content and developing brands on the internet that he has perfected through his previous positions as the creative director at Twitch and a visual storyteller at Esports. Eric is a live stream event producer who has produced hundreds of digital events as a talent buyer, media coordinator, and program director. Together they have created a livestream production that showcases interactive music performances online with a mission to empower musicians through a modern approach to discoverability and autonomy in the music industry through livestreaming. Since their launch 5 years ago at the time of this writing, Safehouse has hosted over 200 shows, featuring over 800 artists to nearly one million music lovers from all corners of the world.

Despite some early success, Eric and Sean are facing some significant challenges. As I write this, we have been in the midst of an international pandemic for about a year. Not surprisingly, this uncontrollable environmental variable has opened up a significant opportunity for them.  Their business suddenly became more viable, as the entire world’s willingness and skills associated with using technology advanced what might have taken 12 years in a single year.   As leaders in this concept, they have been struggling for the past five years to build the company and in recent months they have been presented with this opportunity to grow significantly.  Neither of them has a background in entrepreneurship, but like many entrepreneurs, they bring a passion and a lot of hard work to their early-stage company.  As I talked to them, it was amazing how much they had learned in the past 5 years and I am very proud of them.  However, it was clear that these new opportunities are creating challenges for them.  They and their business are being stretched.

The last year has been educational for us all in one way or another.  I was listening to a podcast yesterday by a physician who has spent the past year studying the impact of Covid-19 on the human vascular system.  During that conversation, he talked about how much the medical community has learned about how this virus affects the body over the past year.  The medical marvels are almost countless – from learning how to treat those who are ill to teaching all of us the best practices to stay well.  Having a vaccine and the impressive rate at which that vaccine is being made available is truly miraculous.  Yet, there is so much more we don’t know and so much more to learn.

Similarly, the past year has been a learning experience for most entrepreneurs and businesses of all sizes.  Like Eric and Sean, this past year has opened up opportunities for many but it has also closed many doors.  There have been significant economic gains for some and tremendous losses for others.  Economists are still trying to explain the market behavior of the past year.  The full economic scope of the impact of this past year is still unclear.  Like the medical community, business leaders know there is still much to be learned from the past year.

As I think about what we have all experienced, I am reminded of one of my team members from many years ago. At a previous university, we were in the midst of launching a new and very innovative program and she expressed to me how excited she was to have the chance to be part of our new initiative.  Despite all of the extra workload, like most of us on the team, she was excited to learn something new.  So, in my usual fashion, when there were opportunities to be involved in new experiences, I included her as much as possible.  During one particularly challenging period, we were talking about what we had learned and how much we had all grown through our experiences with this new program and she turned to me and laughed and said “I said I wanted to grow  – but not this much, this fast.”

The impact of Covid-19 is far from over but perhaps now we can begin to reflect a bit more on what we have learned.  An important, yet often overlooked component of learning is the practice of reflection.   About a year ago, a former student, A.J. Favicchio, joined me for a conversation on Enfactor. A.J. is part of the LA-based creative team, Miles and AJ.  This creative duo has produced both commercial and music related projects for industry giants such as Interscope, Hyatt, Columbia Records and Disney, and has collaborated with some of the world’s most popular artists like Billie Eilish, Adam Lambert, and CNCO.  During our conversation he reminded me of a book and program I had used at an earlier time in my life.  The book, The Artist’s Way, by Julia Cameron, shares a powerful program for reflection that she used in her own life as a way to process her feelings and experiences following a particularly challenging change in her life.  The power of the book is that she demonstrates how reflection can become a ritual that can not only help to heal but to also empower us to move forward.  It is the kind of practice that can help build resilience and execute past loss and failure.  It is the kind of practice that helps us realize just how much we have learned and how we can apply that to a better tomorrow.

Photo courtesy of @John_matychuk on Unsplash used by license